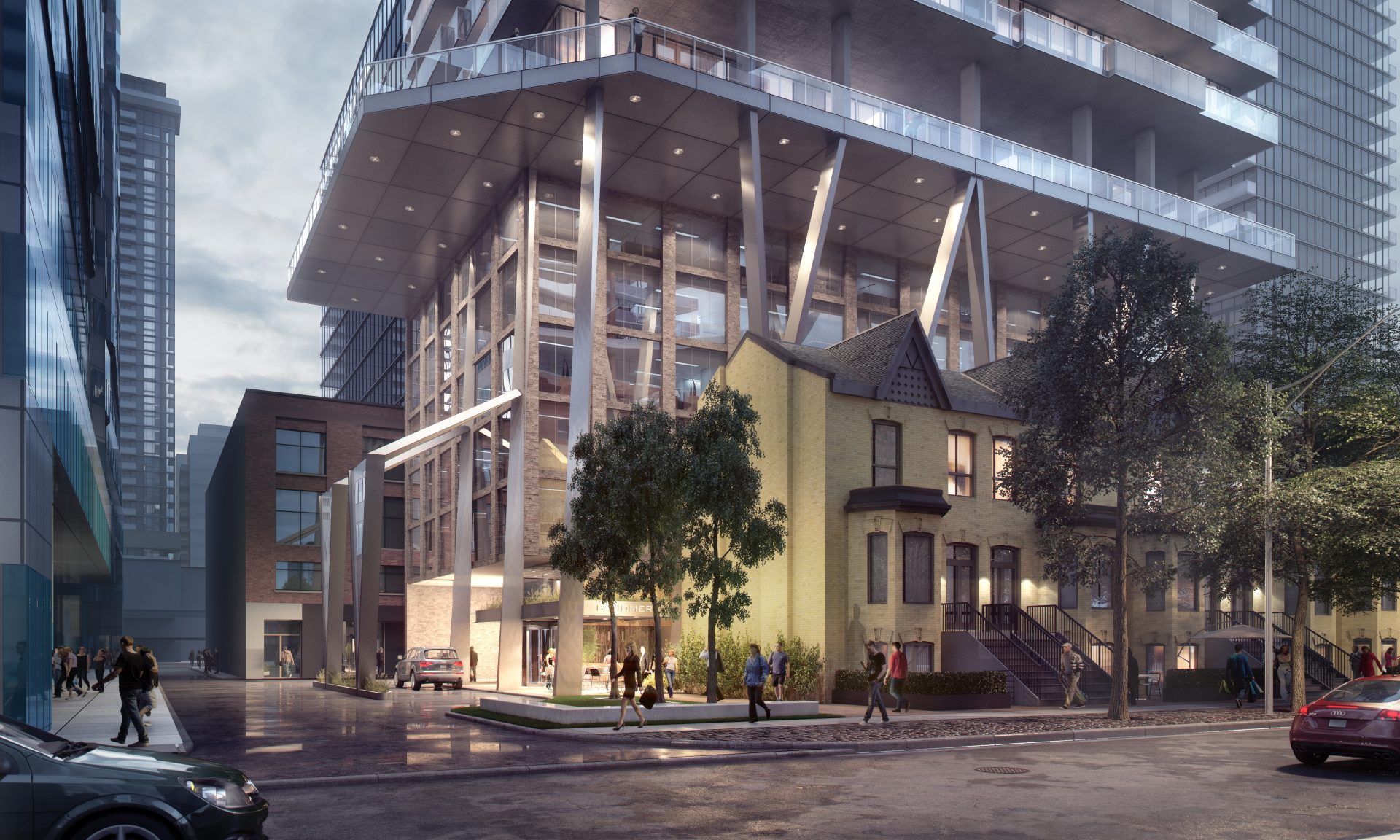 This mixed use redevelopment is located just north of King St. West on Widmer Street across from TIFF in the heart of the Entertainment District (Downtown West).  SSA submitted for rezoning  in 2016 as a 56 story residential tower with underground parking on the 20,250 square foot site. The project conserves six 2-1/2 story Victorian townhouses, which provide a unique streetscape view for the project through their distinctive massing and materiality.  At the south end along Widmer, a privately-owned park is created, with the pedestrian entrance though it. A large covered vehicular drop-off and underground parking entrance is off the south laneway. The six-story podium behind the townhouses is designed to respect the warehouse character of the area, with large punched windows and brick, also serving as an appropriate backdrop to the heritage townhouses.

The tower above the podium, starting at level eight, is supported by a network of angled and sculpted columns in a branch-like pattern, reflecting the gable and bay window angles of the townhouses. The tower is articulated with undulating balconies with frit patterns in an organic leaf-like design, distinguishing it from the surrounding towers in the area.  The proposal provides 583 units, 583 bicycle parking stalls, and two levels of amenities including a pool, fitness area, outdoor deck, theatre, party and meeting rooms, guest suite, and billiards room.

The project was purchased by Plazacorp, doing the neighbouring development to the north. The two sites have been combined and are under construction . 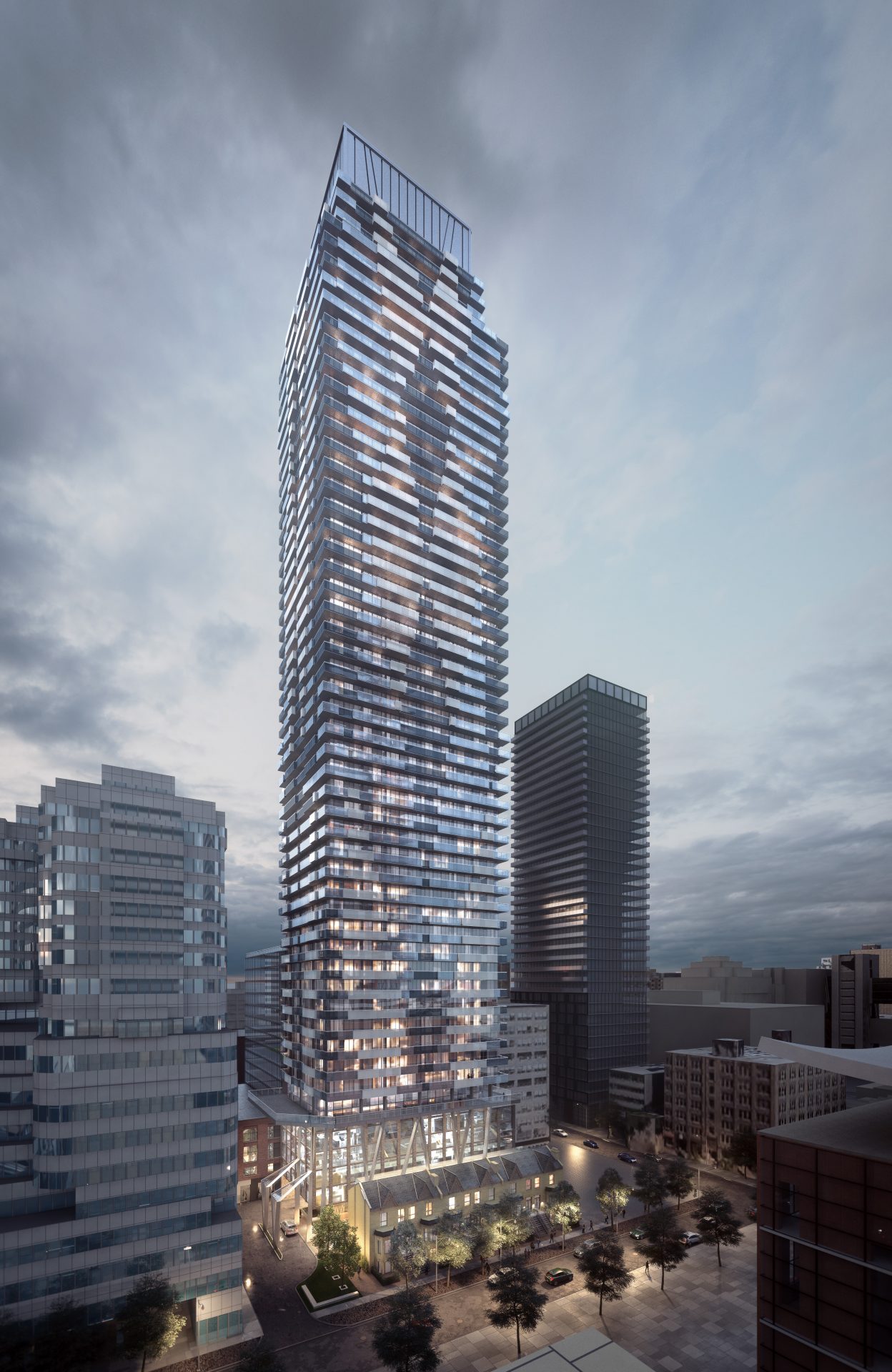