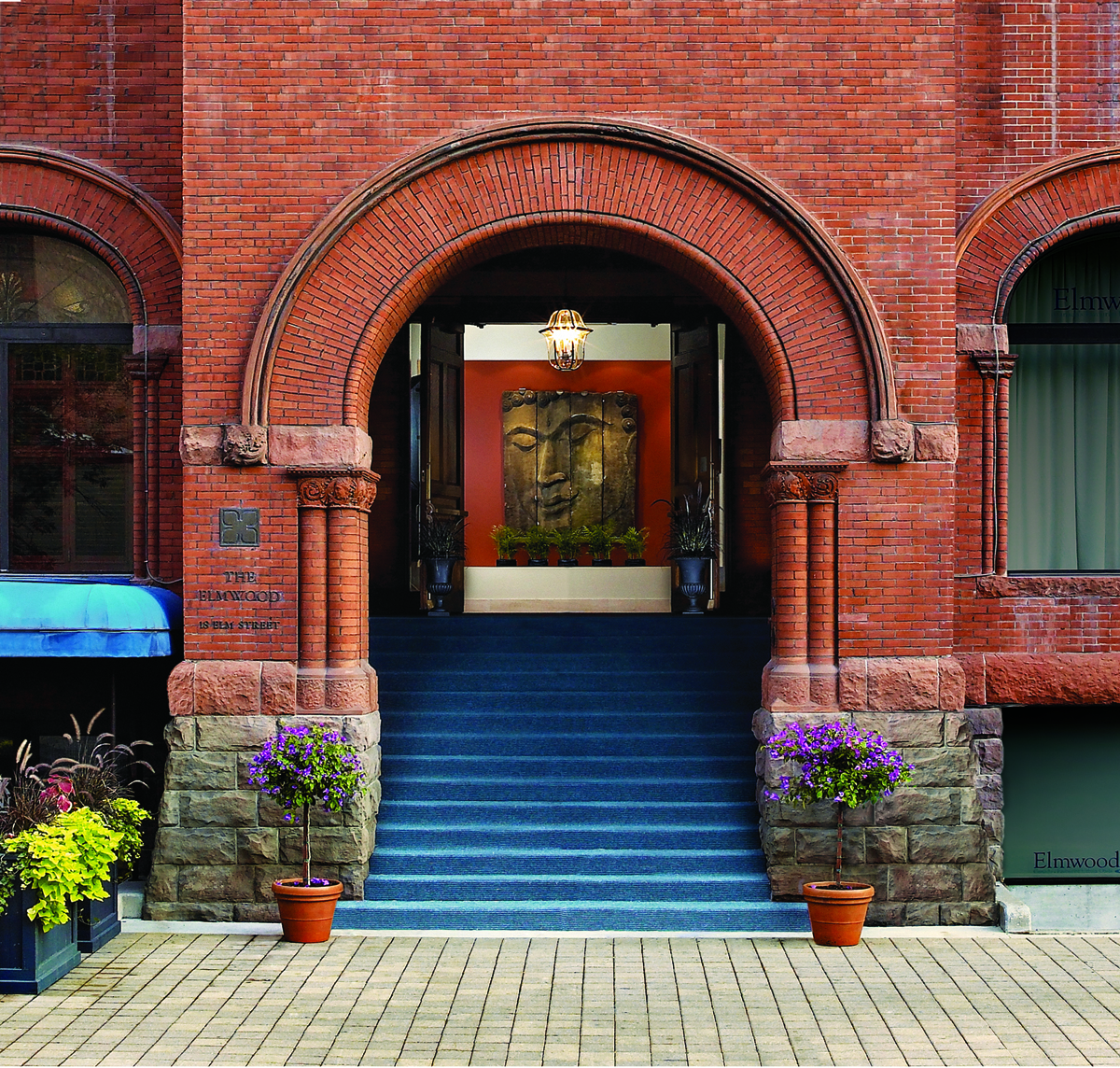 18 Elm Street, designed as Toronto’s first YWCA in 1890 by Architect Edward James Lennox, was historically designated in 1979 “as a fine example of late Victorian style” of architecture.

The current Owner purchased the building in 1979 and has operated it continuously since then as a full service day spa – “an Urban Oasis in the City”.

After twenty-five years, it was time for substantial renovations and building system upgrades upgrades to the five-story 35,000 sq.ft. facility, and expand its premier quality spa services.  The Owner wished to retain original interior and exterior Victorian features of the building and upgrade the interiors in the Victorian style as appropriate. At the same time, the design had to step out of the Victorian style to complement and highlight the traditional while introducing complementary clean modern contemporary design, as required by the Spa functions.

The design intent was to create warm and inviting spaces for an innovative spa – where Client Service is of the utmost importance.   A Feng Shui consultant was part of the design team, which worked well with the Victorian concept of bringing nature harmoniously to the inside of a building for a safe environment.

The Elmwood Spa is a technically complicated building – with pools, tubs, steam rooms, wet treatment rooms, water features, fountains, two restaurants and a Juice Bar, special heating and ventilation, special acoustics, special sound and lighting controls – with easy-to-maintain finishes and extensive architectural woodwork, which all must be both functional and highly decorative.

Further, The Elmwood Spa was a user-occupied historical building, with many hidden unforeseen conditions.  The design had to allow for a multi-phased reconfiguration, so that the Spa was kept open to its clients through all phases of construction. 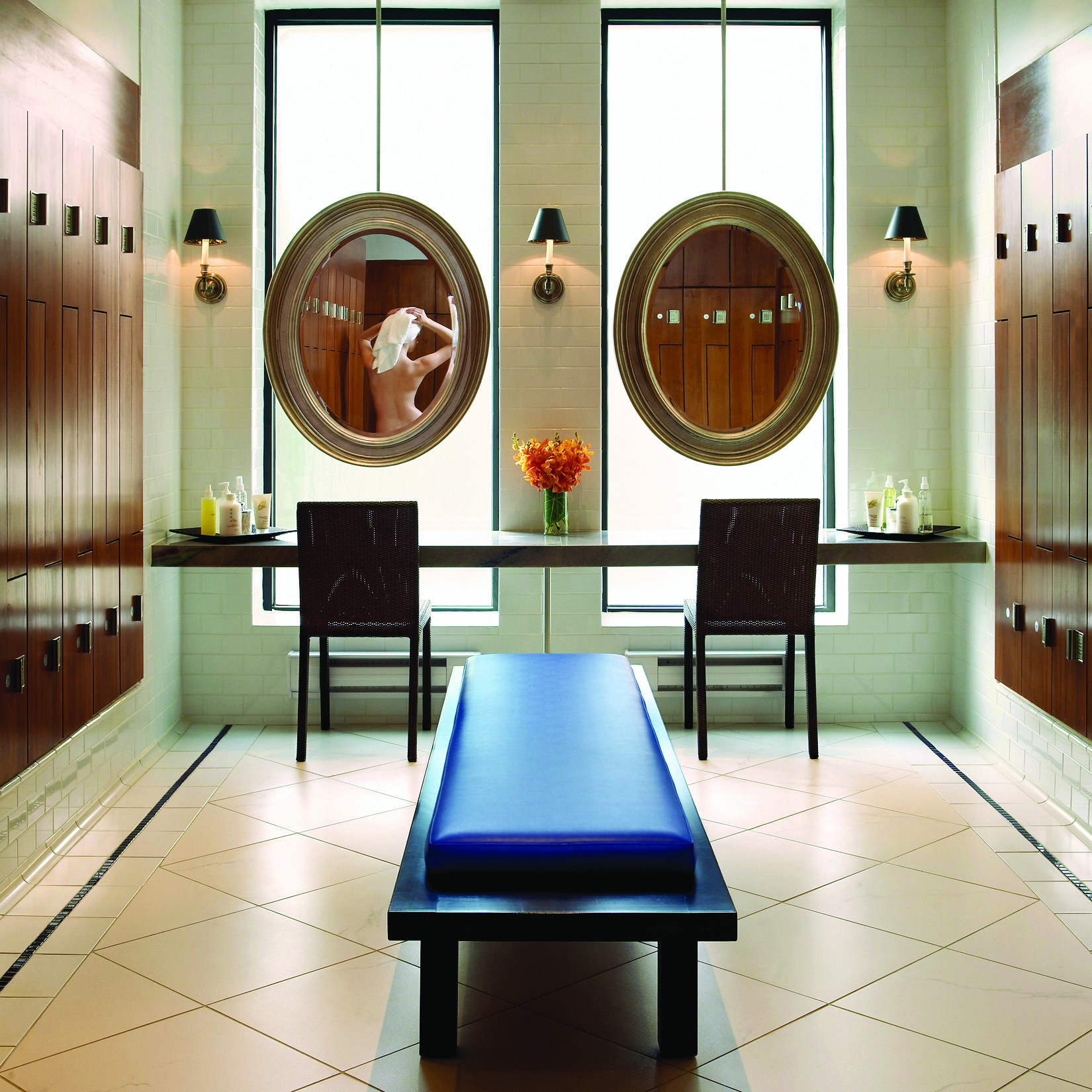 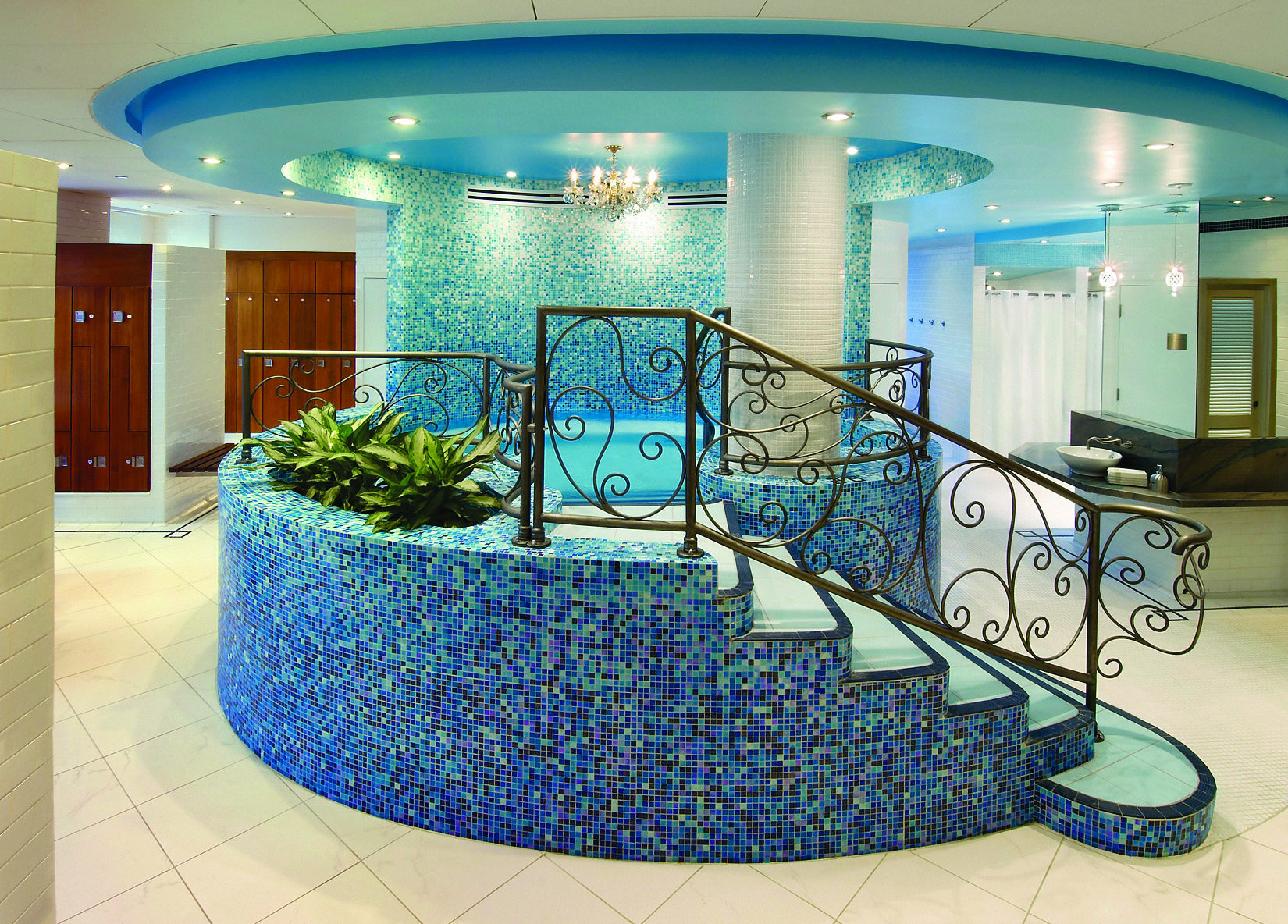 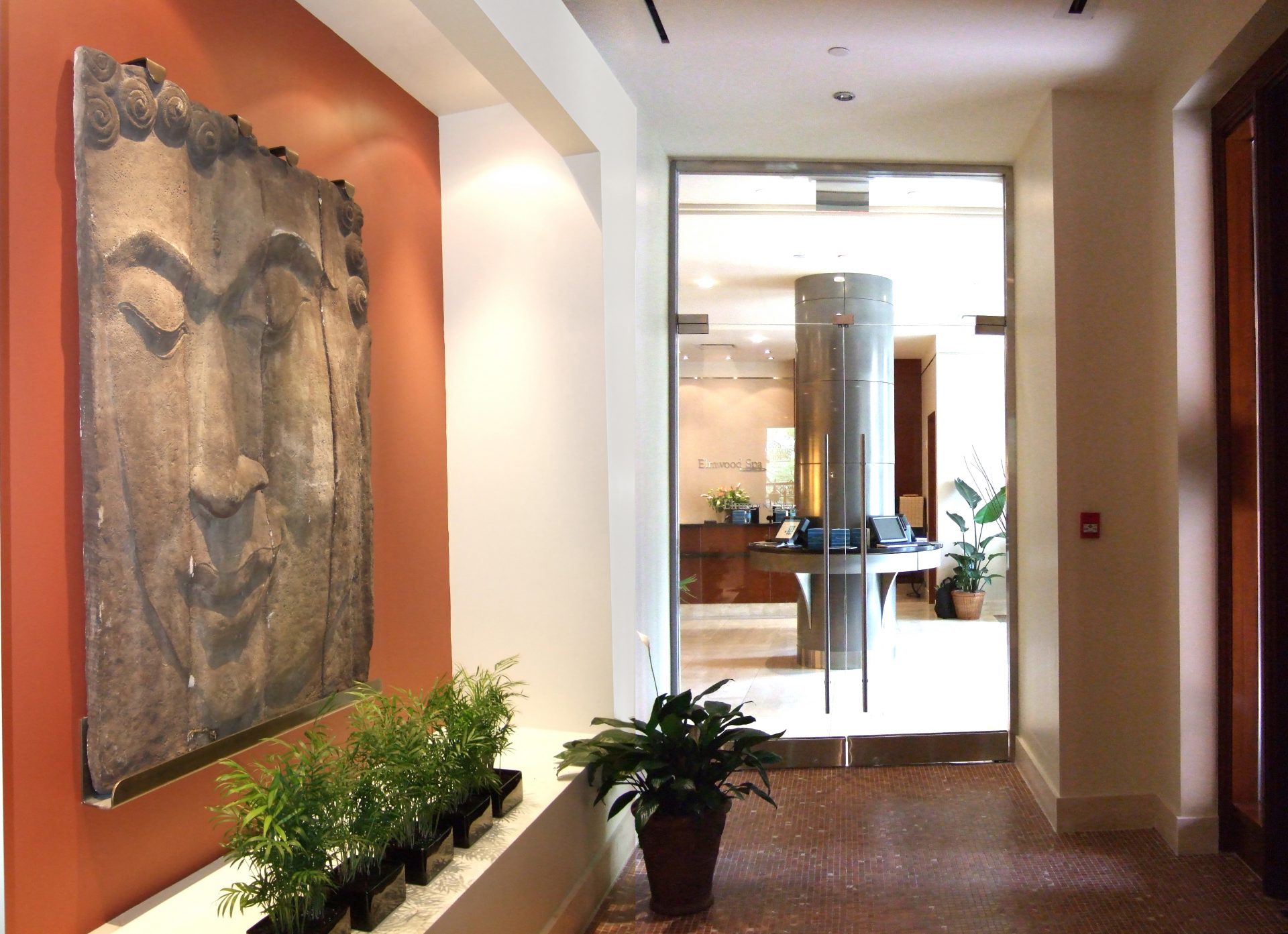 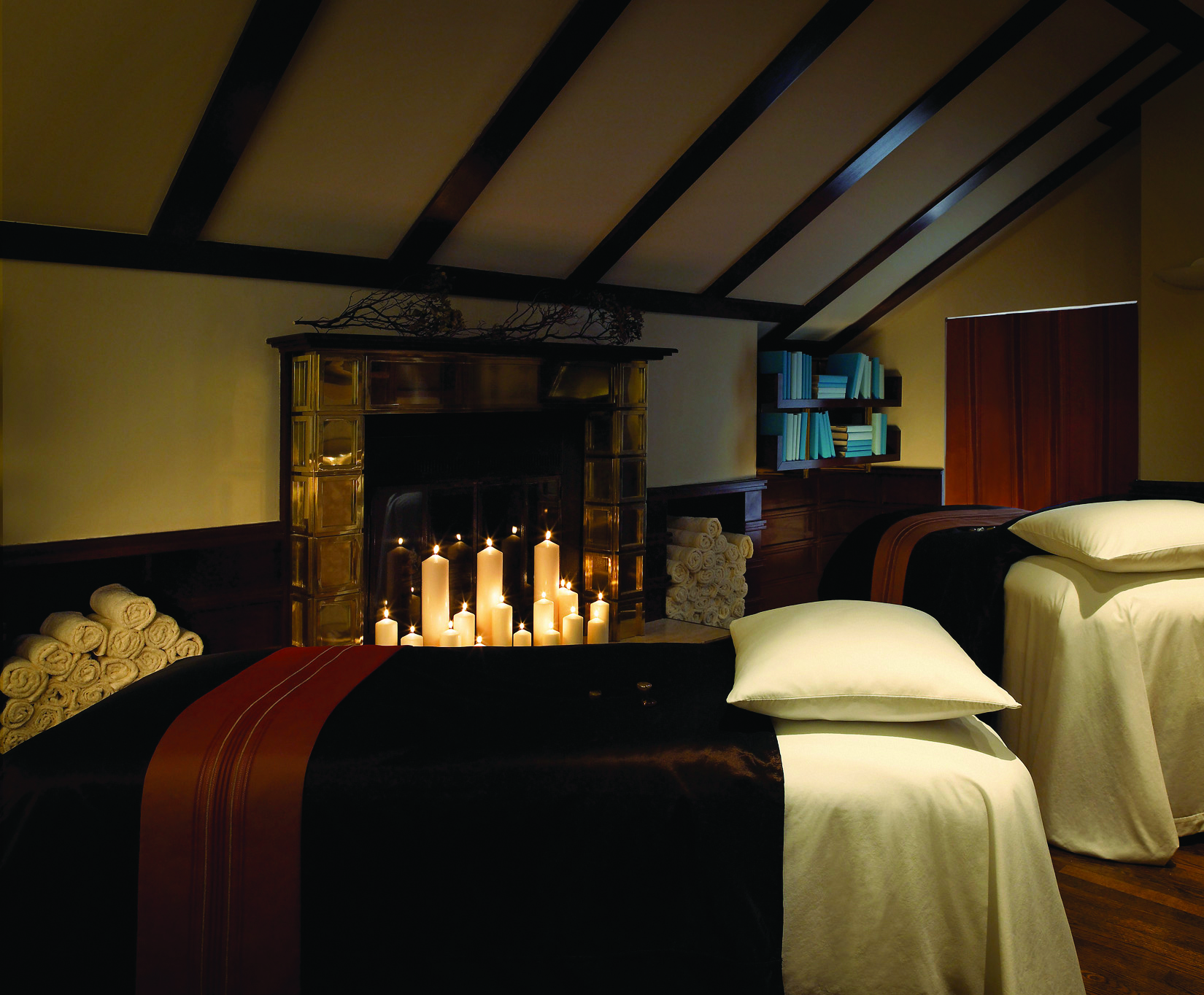